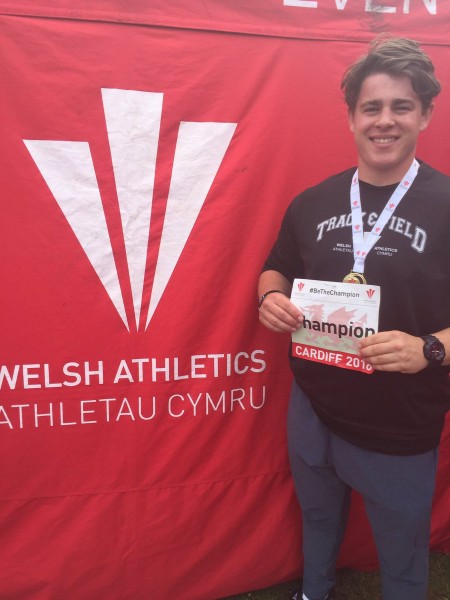 This weekend saw the 99th edition of the Welsh Athletics Championships held at the Cardiff International Sports Stadium in Leckwith. The club was well represented with 31 current club members and numerous alumni all competing for the opportunity to be crowned Welsh Champion 2016. Of the club athletes competing at the championship it was the throwers who lead the medal haul with Gold’s for Jac Palmer and Adele Nicoll. Jac’s winning throw of 64.81m was a personal best which also extends his own club record mark by over a metre and a half. Continuing the throwers good day Adele Nicoll was ever consistent in the women’s shot put hitting and equalling her personal best of 16.08m in winning Gold. On the track Paul Bennett went one better than the previous year in the men’s 400mH taking Gold in a winning time of 52.17. There were also Gold medals for Josh Griffiths (5000m), Sian Swanson (TJ) and Emily Brown (3000mS/C).

Congratulations to all club members or competed this weekend, a full list of club results can be found below.