Smith goes from strength to strength.

Even though only half way through October, the endurance team have already had some outstanding results. The highlight being the form of 2nd year Sport Development student, Jake Smith (pictured below). After a fabulous 3rd place and PB of 29:30 at the Cardiff 10km in September, his attentions turned to a fast half marathon. The BUCS 10000m silver medalist delivered, as first home after the Commonwealth athletes at this year’s Cardiff half marathon, in a staggering 64:01, a 6 minute PB and good enough for 6th on the UK U23 all-time list! Also running well was Dan Nash (39th) in 69:43 minutes and a brilliant run by Sian Edwards 21st female home in 77;19, also a PB. Alumni Josh Griffith and Jon Hopkins both ran well for Wales and managed top 20 placings just over 65minutes. Well done also to many of our students and staff who ran for various charities and all successfully completed the 13.1miles/21.1km distance.

This weekend was the Cardiff Cross Challenge and John Collins Gwent League, which saw big numbers from our club competing. Dan Nash showed a speedy recovery from the half marathon to place 8th in a quality men’s field. Fresher’s Anna Blake, Tom Gostelow and Adrian Lloyd-Davies had good debuts placing 4th, 12th and 16th respectively in the U20 women’s and men’s races. Next up is Gwent league fixture 2 on November 10th 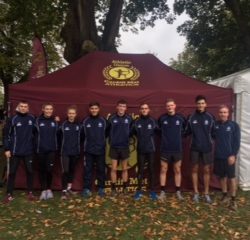 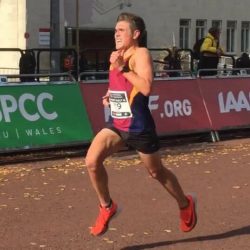