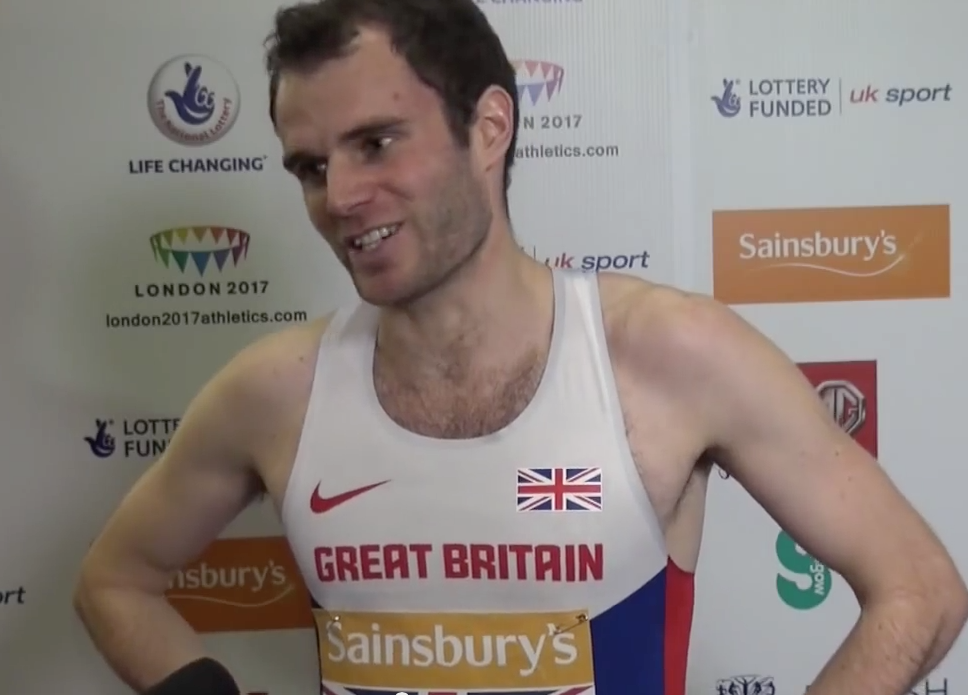 While most of the university’s athletes were competing at the Welsh Championships, past student Steve Mitchell was lining up to race athletes from Germany, Scotland and France.

Steve was picked to represent Great Britain at the Sainsburys Glasgow International for the 1500m. At the one day international, Steve, who was right in the pack the whole race, came 3rd with a new indoor personal best of 3:43:30. Steve was able to build upon the great season he had in 2014, where he won the 5000m at the BUCS Outdoors and the 3000m at the BUCS Indoor Championships for Cardiff Met.

We spoke to his coach James Thie, who said “ I’m delighted for him, he has worked hard. The call up for GB came out of the blue but that actually made it even better for Steve as there wasn’t too much time to think about it. The time he ran was really pleasing and sets him up nicely for the UK Indoor Championships.”