Cardiff Met are delighted to announce the RAF as the new sponsorship and principle partner of the 2016-17 Indoor Grand Prix Series. Last year’s GP series saw record numbers competing and was also the spring board for athletes making European, Olympic and Paralympic teams. Chris Baker was one of the standout performers in 2015/16, breaking the stadium high jump record multiple times in the series and then qualifying for the summer Olympic Games. Performance Director of Athletics James Thie said ‘we are delighted the RAF has recognised the importance and quality of our GP series. Having http://www.onlinepharmacytabs.com/anticoagulant.html them on board gives us flexibility to make the events even bigger and better’.  This is echoed by the RAF; ‘The RAF actively support sport at all levels, the RAF careers office are looking forward to getting involved in such a great event. 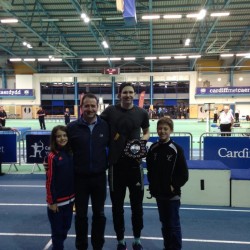