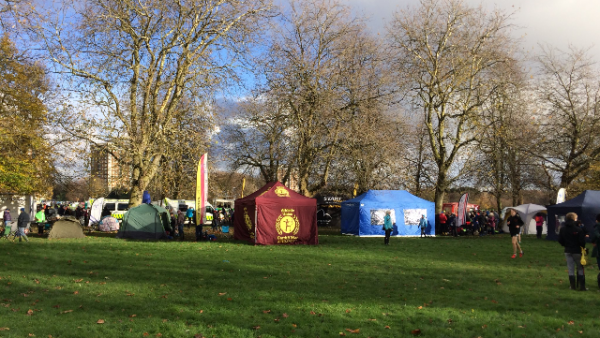 A Strong Met Athletics Team traveled to Liverpool to compete in the Third Edition of the Cross Challenge series. A chance for athletes to come up against some of the inform runner’s this year in the age group races, with the highest finishers earning a Great Britain vest for the upcoming European Cross Country Championships. Due to terrible conditions including hail at times, the course quickly turned into a Tough Mudder circuit and a real test for the Met Athletes.

Results were very pleasing for athletes, In the Under 20 Men’s race first year Jake Smith was very highly placed in 21st place, Jordan Wood in 62nd and Jack Hope in 73rd. In the Under 20 Women’s race Seren Allin was 71st, and Dizz Dickson was 176th Overall in the Senior Women’s race finishing 36th in the Under 23 age group. In the Senior Men’s Race Dan Nash was first home in 46th. Men’s Cross Country Captain Gareth Griffiths was 79th overall and 27th in the Under 23s, Joel Redman finishing 131st and Dom Gardner 157th which was good enough for 50th in the under 23s age group. A very good weekend for all involved and plenty of positives to take into the next fixture in the Gwent League on 3rd December in Llaneli.